Becoming the Best in the World at what you do

HomeBlogBecoming the Best in the World at what you do 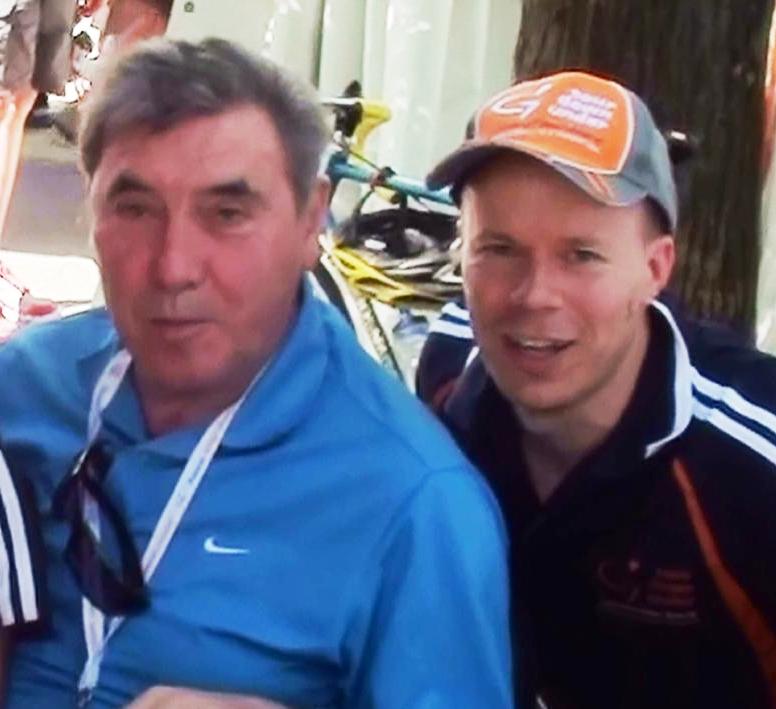 Becoming the Best in the World at what you do

The Tour de France for 2019 ran its final stage run with Australian Caleb Ewan winning the sprint finish up the famous Champs-Elysees in incredible fashion. Congratulations Caleb! It’s so amazing to see you following in the footsteps of Aussie Sprint King, Robbie McEwan.  Congratulations to overall Tour winner Egan Bernal winning his first Tour at age 22.  Truly incredible.  You can’t help but reflect on the unbelievably tough journey these riders take during the Tour each year, punishing their bodies and pushing their levels of resilience beyond incomprehensible boundaries.  At these times, it got me thinking about who is THE best cyclist that has ever existed?

For many years, Lance Armstrong was considered to be the best of all time given that he won the Tour de France an incredible seven times. I mean once is an amazing feat, seven times is out of this world.  However, given the drug investigations that followed Lance for most of his career, he finally came to grief by announcing to the world in an interview with Oprah that he was guilty of taking drugs to enhance his performance for all his Tour de France victories. On 26 October 2012, Lance was stripped of all his 7 titles.  Unfortunately, cycling for many decades has been at the centre of performance enhancement due to the harsh nature of the demands created on the human body to perform at the highest levels, and people wanting to be the best at all costs.  Even though Lance was the main target of the investigation, you could argue he was used as a scapegoat given that the top 10 to 25 riders competing against him during his reign have subsequently been found guilty of being drug cheats, but have not had their titles / placings taken from them.  If nothing else, it creates a shadow over the sport of cycling, a sport I love, and we can only hope that new testing protocols and the use of blood passports prevents people from evading detection.

What’s my opinion?  I guess it’s disappointing for clean sport.  No one likes a cheat and whether you feel like everyone was competing on an even playing field during his wins from 1999 to 2005 and therefore he was the best of the best, is a matter for you to decide. Sometimes money and fame blinds us from doing what is right.  Lance wanted to be the best at all costs.  I admire hard work, dedication, passion and talent. He certainly had all of that.  For that reason, he remains on my wall as a reminder of what is possible, I don’t agree with the way he achieved the results.  His hunger for success and work ethic is second to none.

But even prior to Lance’s de-throning, many argued that Lance was not the greatest cyclist ever.  Many argue that Eddy Merckx is the greatest cyclist of all time. Even though Eddy himself says it’s not practical to compare against generations, he does admit that he was the best of his generation.  Merckx rode between 1967 and 1977 and won everything in site from all the major Monuments of Cycling, World Championships and winning the Grand Tours of Tour de France, Giro d’Italia (tour of Italy) and La Vuelta (tour of Spain) multiple times. He won the Tour de France a total of 5 times and became renowned as the Cannibal as he won everything!  To keep this article balanced, Eddy was not without drug controversy either and was the subject of at least three investigations during his career and was found guilty of taking banned substances on more than one occasion.

Just like Lance though, I have deep admiration for Eddy’s work ethic, hunger and dedication to his passion.  For that reason, it was an incredible thrill to be able to meet Eddy in person several years ago when he came to Australia.  What I learnt from Eddy was that no matter how much success you have during your lifetime, there will always be haters who want to bring you down and see you fail.  Despite his attackers, Merckx continues to follow his life-long love of the sport of cycling and be a worldwide supporter for getting people to be more active in cycling and living healthier lives.  Despite how you interpret the behaviours of Lance and Eddy, I do believe there are still inspirational opportunities that we can all take away from their performances.  That’s what I chose to do.  I don’t endorse their “cheating” behaviours, but I can put that to one side and be inspired by their dedication and passion.

Let me ask, how passionately and dedicated are you showing up each day? Can you be focusing and driving your health and fitness to new heights? I know you have another level you can go to.

Whether you need to lose 5kgs, 100kgs improve your athletic performance or just optimise your health, all our Success Stories started by taking this same first step – opting in for a results-based FREE Consultation, during which we will outline your blueprint to success. Your success is our number one priority. We coach you to 100% guaranteed results, faster!