The average Australian consumes around eight or nine times more sodium than they need for good health. The National Health and Medical Research Centre’s (NHMRC) suggested dietary target advises that Australian adults should aim to consume no more than 4g of salt a day (or 1,600mg of sodium) in order to prevent chronic disease. Generally, infants and children need less than adults. 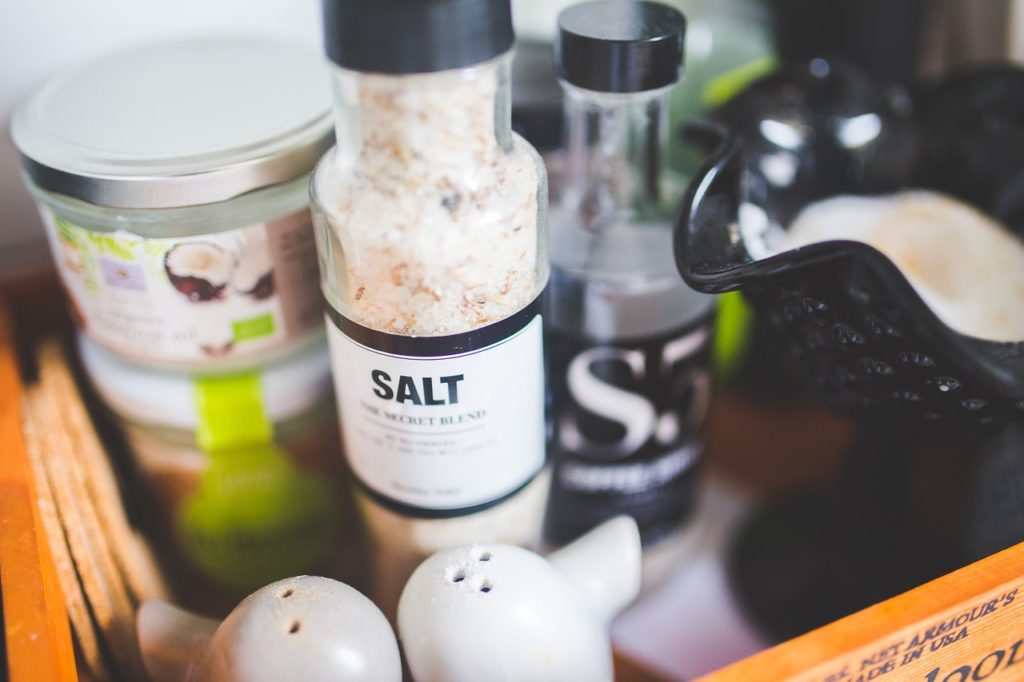 Around 75 per cent of the salt in our diet comes from processed foods. Nutritionists recognise it may be difficult for many people to reduce their salt intake to the ideal level, given our current food supply.

Where is all this salt coming from?

How much do you need? 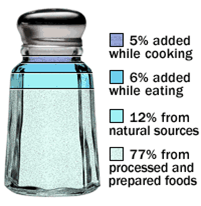 Heart Foundation advice is that all Australians should at least reduce their salt intake to less than 6g of salt a day (approximately 2,300mg of sodium a day) as a first step towards reaching the recommended levels. This is approximately 1½ teaspoons of salt.

Keep in mind that these are upper limits, and less is usually best, especially if you are sensitive to the effects of sodium.

Your body does need some sodium to function properly because it:

Your kidneys naturally balance the amount of sodium stored in your body for optimal health.  When your sodium levels are too low, your kidneys essentially hold on to the sodium.

But if for some reason your kidneys can’t eliminate enough sodium, it starts to build up in your blood.  Because sodium attracts and holds water, your blood volume increases.  Increased blood volume makes your heart work harder to move more blood through your blood vessels, which increases pressure in your arteries.  Such diseases as congestive heart failure, cirrhosis, and chronic kidney disease can make it hard for your kidneys to keep sodium levels balanced.

How to tame the salt habit

Taste alone may not tell you which foods are high in sodium. For example, you may not think while eating your cornflakes that they taste salty, but a typical bowl of cornflakes contains 204 mg of sodium (9% of your daily allowance).

So how can you tell which foods are high in sodium?  Read the labels.  Nutrition Facts labels lists the amount of sodium in each serving, they also list whether the ingredients include salt or sodium-containing compounds, such as: monosodium glutamate (MSG), baking soda, baking powder, disodium phosphate, sodium alginate, and sodium nitrate or nitrite.

Many food packages include sodium-related terms.  Here’s what they mean:

But watch out—foods labeled “reduced sodium” or “light in sodium” may still contain a lot of salt.  The bottom line? Avoid products with more than 200mg of sodium per serving.  And check the Nutrition Facts label closely for the serving size—and consider how many servings you actually eat.

Tips to cut back