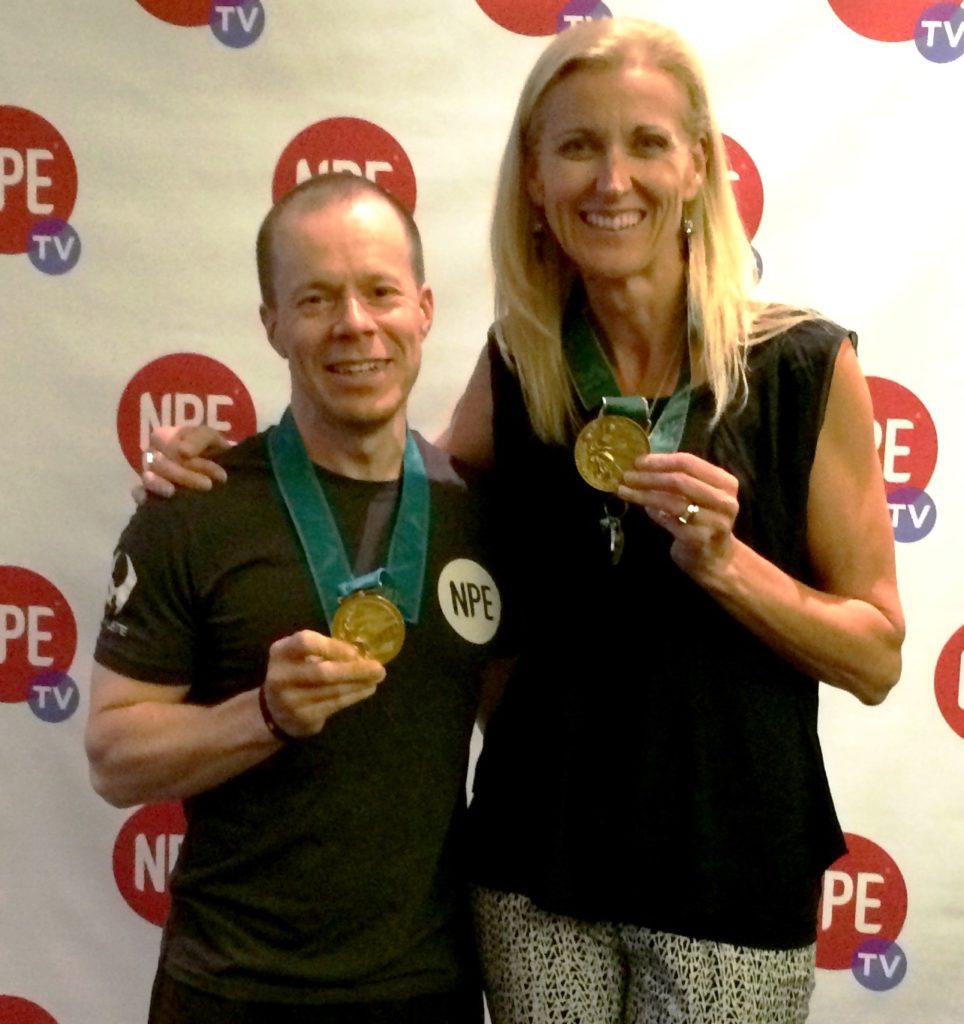 In a conference with the best Fitness Professionals in Australia, I gained fantastic insight into the mindset of Olympic Gold Medallist, Kerri Pottharst and what it takes to be the best in the world.  Kerri was often referred to as one of Australia’s most popular female athletes.  Competing in the sport of Beach Volleyball, Kerri won a bronze medal at the 1996 Atlanta Olympics and the gold medal at the Sydney Olympics with her playing partner, Natalie Cook.
But did you know that Kerri Pottharst almost failed to achieve her goals?  Her dream of making it to the Olympics began when she was 15 years old – but at that stage hard-court volleyball was her passion. However, in 1992 she had a serious knee injury that was going to force her out of the game indefinitely.  After months of feeling sorry for herself, and thinking her volleyball career was over, her partner handed her a different type of volleyball and suggested that she could still make it to the Olympics but via beach volleyball instead.  The softer surface would be less impactful on her knee than hard-court and could enable her to compete at her best.  Kerri’s no-nonsense style got to work in rehabilitating her knee and, by 1993, she was ready to compete again.
Kerri said that “Sydney Gold was the ultimate win and after so many personal sacrifices and hardships there was no way I was going to let that moment slip away.”  I loved hearing how Kerri and Natalie reversed engineered their ultimate goal of an Olympic Gold medal.  They connected every single training, coaching, massage and strategy session and every meal as a vital step in the achievement of the gold medal.  They had inspirational images, photos, training schedules and calendars displayed on their walls.  Complete focus and energy in the achievement of their goal.  I loved how Kerri, during her rehabilitation, took a beach volleyball and wrote her key milestones and messages on each segment panel of the ball specifying what her goal was and the date by which she was going to achieve it.  It was such a visual and deeply meaningful symbol for her – what’s great is that I got to hold the ball and read her special messages.
Kerri said that before she even got to the Sydney Olympics that she had already won gold.  “I’d seen Natalie and me winning gold in my mind literally hundreds of times before we actually stepped up onto the podium.”  Wow!  The power of visualisation.  Can you relate to how crucial the visualisation process is to YOUR success?  Are you behind on your dreams?
Kerri’s smile, her attitude, her spirit, topped by her desire and drive to win is infectious.  Since the Sydney Olympics Kerri has unleashed her competitive drive in the Corporate worlds as a speaker and trainer and is also the author of the best-selling book “The Business of Being an Athlete.”
Having the opportunity to wear Kerri’s Sydney Gold Medal and talk to her about success in the face of adversity gives such an incredible insight as to how strong the human spirit is in turning dreams into visions, creating focus and a never-quit, no excuses attitude and blueprint to the top!
Could you do with more focus and a detailed blueprint to your health and fitness success – coaching you through the excuses and keeping you accountable to get the results you want with a 100% guarantee?  All our Success Stories started with this very first step – a FREE Consultation with me personally.  As Kerri says – “Go for Gold!”

Want to learn more about Robb Evans, check out these links: